Fabric flowers made by Patrica Smith

Fiona Davies installation Intangible Collection draws together historical and personal items, archived records and ephemeral memories of the diverse activities that once took place in the orginal buildings of the new MRAG. This beautiful exhibition commemorates the personal and social importance of the old Maitland Technical College building over its last hundred years.

As part of its grand opening suite of exhibitions, MRAG commissioned renowned artist Fiona Davies to create the site specific installation. When West Maitland Technical College opened in 1909, it contained a regional museum until 1955. The image of the MRAG staircase (1915) was originally taken to illustrate the usage of marble, but you can also see a large crocodile skin, one of the original museum exhibits. The museum was an integral part of the institution, and its original location within the building was selected as the site for the installation. For the exhibition, Davies tracked down some of the museum’s original exhibits and had them temporarily repatriated, however, many more were lost to flood damage in 1955, one of the main catalysts for the closure of the Museum. She also spoke with several Maitland locals who stepped forward with personal items and stories related to the history of the building. Patricia Smith and Majorie Wilson (see images) were both participants who had taken classes in the Tech college, and had retained some of their projects.

From the artist, Fiona Davies, taken from the Intangible Collection exhibition catalogue:

The exhibition’s title, Intangible Collection, refers to the collective experiences of people within and around this space when it was the old Tech college; experiences of when people went to the museum, or were students, cleaners, teachers or administrative staff. These ephemeral experiences tend not to be valued or recorded in the official histories or archives and this exhibition seeks to equalise the ephemeral with the architectural gallery space and the objects within that space.

I would like to thank all those who participated in the oral history interviews. I enjoyed the process enormously and appreciate the time and effort involved in getting to the Town Hall or the art gallery. Thanks also to those who had kept objects from their time at the Tech or TAGE and greed to lend them for this exhibition.

I received valuable assistance and advice from numerous people during this project, including all of the MRAG staff, Janis Wilton, the archives section of the Powerhouse Museum particularly Helen Yoxall, Rebecca Pinchin and Lauren Dalla for facilitating and organising the loan of objects, Walter Boles from the Australian Museum and Narelle Pilgrim from the new Maitland TAFE Library 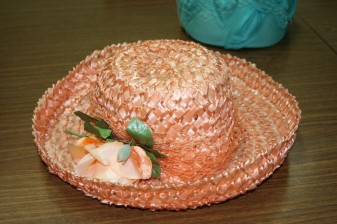