Picture that in Maitland: 1965 was an exhibition of selected photographs from the Maitland Mercury archives, exhibited at MRAG in November 2010. Mercury photographer Cath Bowen was invited by MRAG to be guest curator, and working from the original negatives chose fifty works from thousands upon thousands of images. Together as an exhibition the audience was invited to peruse a social of Maitland in the mid 1960s.

During the exhibition, graphite pencils were kept in the exhibition space, and MRAG staff encouraged those with stories or comments about the photographs to write them on the wall next to the image. Slowly over several weeks, a series of insights into the personalities or circumstances of those in the photograph were revealed.

The Maitland Mercury was established in January 1843 as a weekly Saturday newspaper, although today, Saturday is the only day on which an edition is not printed. It is the second oldest newspaper in New South Wales, (the Sydney Morning Herald was established in 1831). In 1886 it became a daily newspaper, but it wasn’t until 1962 that a full time photographer was added to the staff. As such, the Mercury’s archives reach back to the early sixties. The Maitland Mercury currently has two full time and one part time photographers on staff, continuously adding to the Mercury archives and documenting Maitland’s history and cultural life. 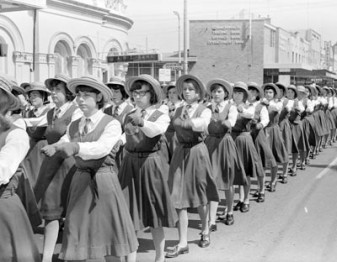 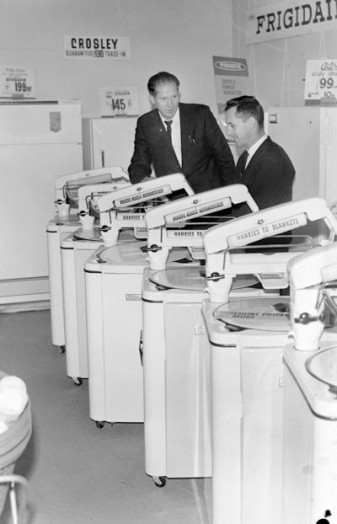