Shot in Maitland was a project borne from Maitland’s recognition by the New South Wales State Government as the City of the Arts 2005-2007. 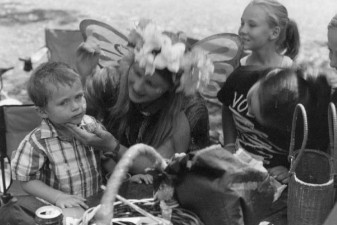 Two years before the exhibition featured in the art gallery, MRAG commissioned the efforts of Sydney-based photographer Michel Brouet to create a photographic essay of Maitland.
Nationally recognised crime novelist Barry Maitland, a resident of Maitland, was also asked to create a short story of his own liking. Each of their efforts were published together in a publication called Shot in Maitland. The contrast between words and images , imposed upon each contributor’s work, provided a different context to read Brouet’s and Maitland’s individual works.
Michel Brouet’s images of Maitland were exhibited at MRAG for several weeks and were also reproduced as postcards.