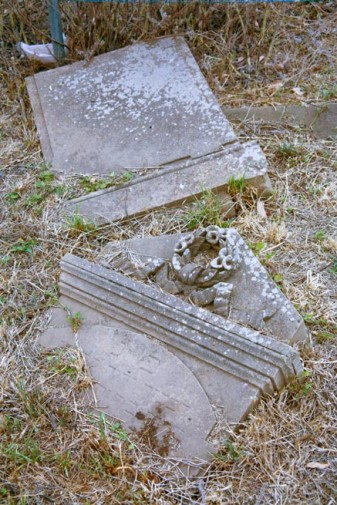 Maitland’s Jewish Cemetery, set in a forgotten corner of Louth Park in West Maitland, dates from the late 1840s and contains some fifty graves. Significant as the only Jewish cemetery north of Sydney until the early twentieth century, over the years, floods, erosion, and periods of neglect have affected the cemetery and the inscriptions on the gravestones. Maitland Jewish Cemetery marks the key role that Maitland played in NSW’s early colonial history and, within Maitland, the important role of the small Jewish community there.

This project aimed to revive interest in the cemetery, in the history of the Jewish community in Maitland and to document, interpret and present that history in different ways to different audiences. In 2008, MRAG initiated four complementary contributions which were released simultaneously in May 2010.

The project was initiated and coordinated by MRAG, in partnership with and involving contributions from Maitland City Council, NSW Migration Heritage Centre and the University of New England Heritage Futures Research Centre. 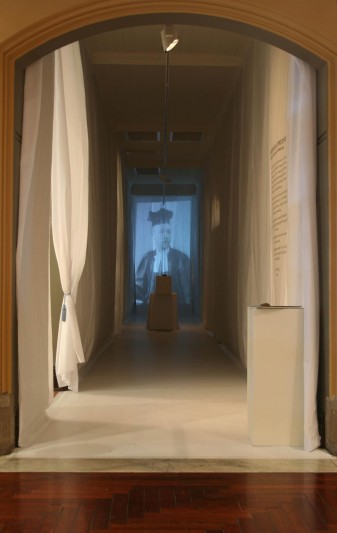 Two of these interpretations, Hanna Kay’s exhibition Undertow,and David Guy’s commemorative installation, were simultaneously exhibited at MRAG from May 20 to July 11, 2010. Included in Hanna’s exhibition of paintings, was a film that documented the progress of her body of work, developed by Leslie Wand. David Guy’s installation

incorporated projected historical images, music, and an evocation of a memorial including the names of those buried in the cemetery. In the Jewish tradition, stones were placed in their memory. Janis Wilton’s publication, Maitland Jewish Cemetery: A Monument to Dreams and Deeds, was launched at the exhibition opening. Lauren van Katwyk’s education kit was the final complementary submission to the project. Developed to support primary and secondary teachers and gallery public program staff, the kit provided a strong basis of knowledge and understanding required to incorporate school student audiences into the demographics of the project.

The project has produced a permanent and accessible record of the Maitland Jewish Cemetery (including transcription, translation and transliteration of the Hebrew inscriptions on the gravestones), and has offered different interpretations of, and responses to, the cemetery. It has demonstrated that a regional art gallery can play a pivotal role in stimulating interest in a heritage site and in a previously neglected aspect of a locality’s history.  It has also drawn together professionals, artists, community organisations, family and community members, and government and educational institutions in a cooperative and collaborative effort to document, present and engage with that site.

The project has also played its part in stimulating:

Maitland Jewish Cemetery: a monument to dreams and deeds is available for purchase ($25 excluding postage) through the MRAG gallery shop. Enquiries: (02) 4934 9859 or artgallery@nullmaitland.nsw.gov.au