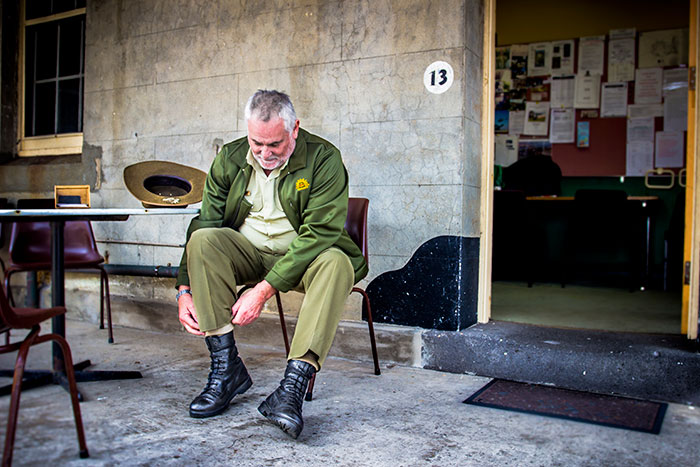 Following the success of the 1233 Portrait Prize competition in 2012 and 2013, Drive’s Paul Bevan and 1233 ABC Newcastle again called on the Hunter’s amateur photographers to take part in the competition in 2014. Listeners to the local ABC Radio Station were asked to send in a portrait photograph with a link to the Hunter and more than 200 entries were received.

The judging panel – photographer Hannah Rose, Newcastle Herald photographer Simone Depeak, and Deputy Director of Maitland Regional Art Gallery Brigette Uren – spent hours scrutinising the entries to select this year’s 10 finalists. These ten winners were then treated to a personal photography workshop with Hannah Rose, before having the opportunity to submit three final photographs, with the judging panel reconvening to select the best photograph from each finalist as well as the overall winner. The major prize winner receives a trip for two, including flights and accommodation, to Canberra and a private tour of the Nation Portrait Gallery.

This year, listeners also had the chance to vote for their favourite photograph. All of the entries were uploaded into an album on the 1233 Facebook page, with listeners able to ‘like’ their favourite images and the photograph with the most ‘likes’ at the conclusion of the judging period awarded the 1233 Listener’s Choice Award for 2014. The images will be on display at the gallery through to Tuesday 9 December.