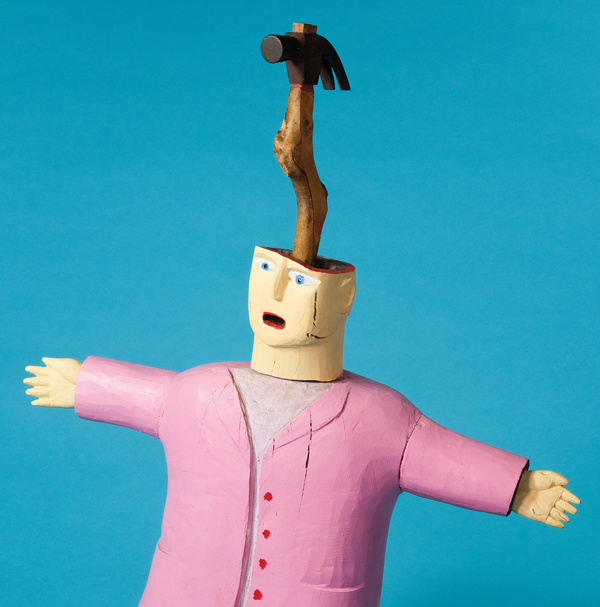 Peter Speight was a Newcastle based artist who grew up in Maitland, in 2012 he died unexpectedly. This exhibition is a celebration of his unique sculptural practice that many in this region own or have seen over the past decade since he started exhibiting in the late 1990s. Speight was a prolific artist and this exhibition is only a small representation of what he produced during his lifetime.

His cheeky personality is now embedded in everything that he made, predominately known as a sculptor who used recycled wood and found objects, he was starting to exhibit drawings that reveal an artist who was only just beginning to make his mark.