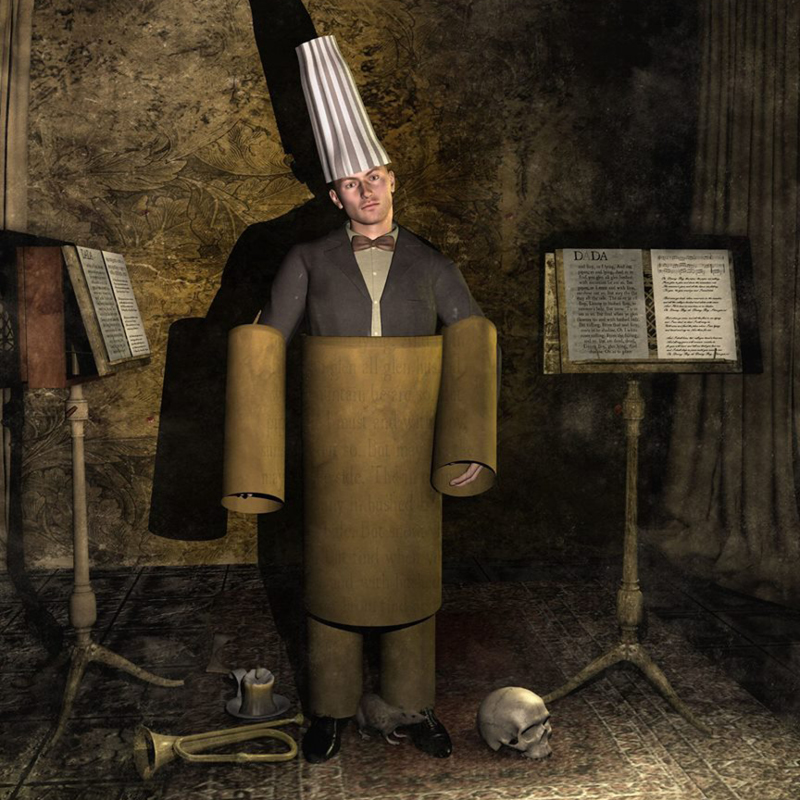 February, 2018 Maitland – 102 years later : Hugo himself,  dressed in the same attire, features in a series of digital paintings that pay  homage to many of the world’s best known artists – among them Vermeer, Mondrian, Degas and Caravaggio.  In these works the Anti-Art movement threatens to come full circle – ironically with Hugo as the fulcrum.