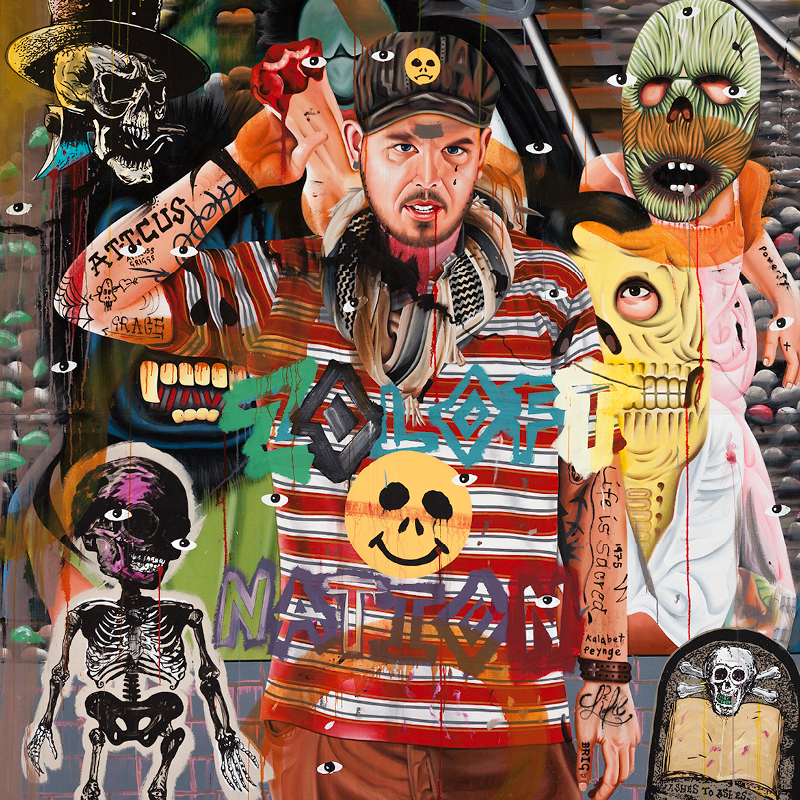 David Griggs explores the darker undercurrents of human existence. His work, predominately portraiture, focuses on the human condition; drawing on political imagery, underground media, local histories and personal experience. Famous for his bold anarchistic approach, Griggs takes the everyday and flips it to expose the cracks, exhuming the raw undercurrent of a society. He documents intimate chance moments and the deliberate actions of his friends, and strangers, within an unidentifiable Manila.

His work is often collaborative, engaging directly with communities while remaining sensitive to the ethical and moral obligations this demands. For the last 10 years Griggs has resided in the Philippines and has created a significant body of work traversing painting, photography and film that reveals the social hierarchies and underground culture of his adopted home.

BETWEEN NATURE AND SIN features a decade of past paintings, photographs, videos, and the premiere of COWBOY COUNTRY, an epic feature film following the story of a kidnapped American Filipino teenage held captive for ransom. Set in a fishing village and produced collaboratively with the community, this film features Soliman Cruz, the late Dante Perez and Melanie Tejano.

BETWEEN NATURE AND SIN brings together key works produced during this time and is the first major Australian survey of this leading artist’s practice. Developed by Campbelltown Arts Centre and presented nationally by Museums & Galleries of NSW.

A Campbelltown Arts Centre exhibition presented nationally by Museums & Galleries of NSW. This project has been assisted by the Australian Government through the Australia Council for the Arts, its arts funding and advisory body.

*Please be advised that a number of works included in this exhibition contain graphic material, scenes of violence, nudity and/or coarse language.