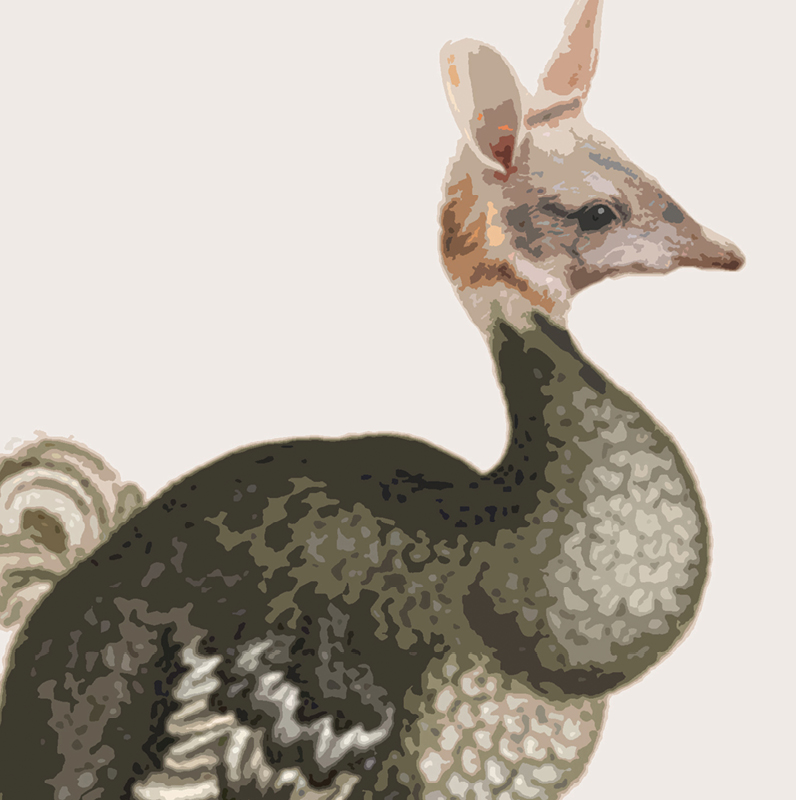 Current students and Alumni from Australia’s only Natural History Illustration degree program were invited to produce life-size artworks to commemorate the fauna that, since colonisation, are no longer with us. Many have seen the unprecedented demise of their habitat and been unable to adapt to a fast changing landscape.

At the bicentennial of settlement Spike Milligan said: “Congratulations Australia it only took you 200 years to do what it took the rest of us 2000 years to do”. Sadly he was speaking of our destruction not our achievements.

While the artists have rendered each species with care and skill, this is not art conservation but art and conservation. It is a memorial to those animals that lost their lives in the development of the countryside, but also an opportunity to act and prevent further demise through the highlighting of projects, which make a difference for the future.