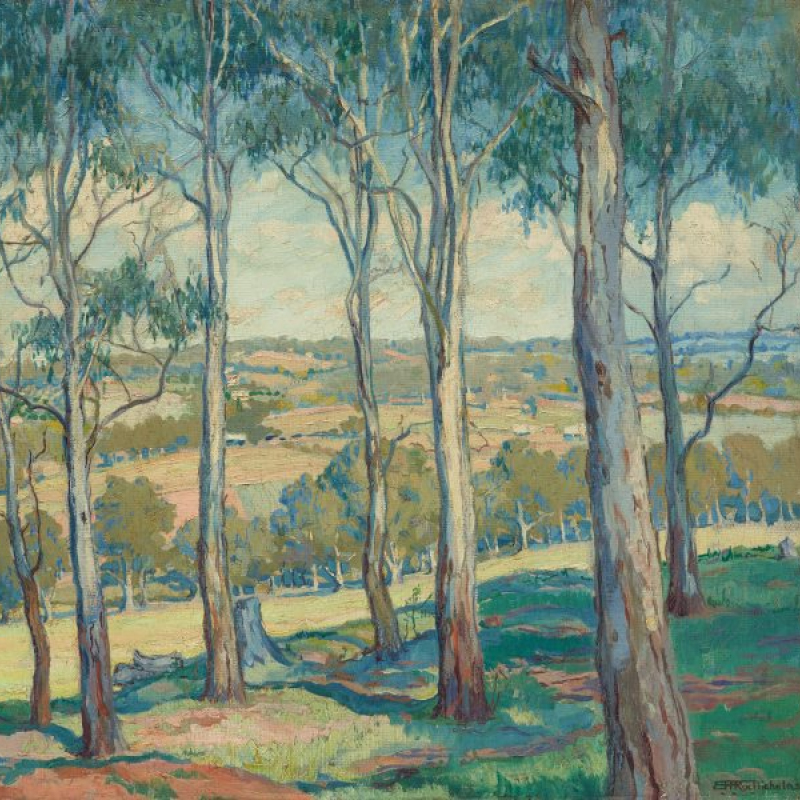 Fieldwork is an exhibition that will survey plein air painting (painting outdoors) west of Sydney between the late 19th and early 20th centuries. The region, which encompasses the Western Suburbs, Blue Mountains, and the Hawkesbury, has been a popular artists destination since European settlement and its portrayal in landscape art of this period has made an important contribution to Australian art. Surprisingly, this history and significance is often overlooked in displays or accounts of Australian art which are inclined toward other locations such Sydney’s harbour and coastlines or the artist’s camps near Melbourne at Box Hill and Heidelberg.

Touring from Art Gallery of NSW