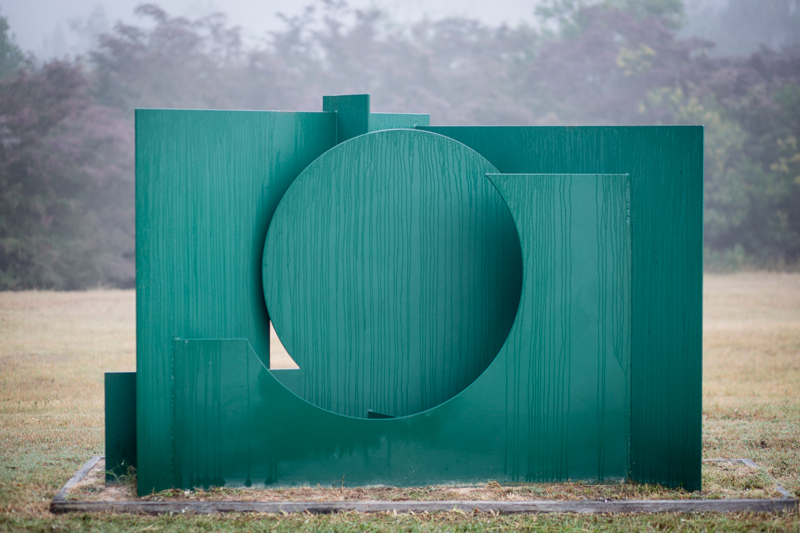 From Matter to Manner: The sculpture of Paul Selwood

Paul Selwood first studied under Lyndon Dadswell at East Sydney Tech, then in 1965 at the Royal College of Art London where he was engaged in the vigorous debates concerning the development of Modernist Painting and Sculpture.

Paul has received many prizes and awards and has presented over forty exhibitions of sculpture in Sydney, Melbourne, Canberra, Adelaide, Alice Springs, Denmark and his works are in many public and private collections.

The MRAG touring exhibition Perspective Cutouts attracted record audiences in all of its venues. Terence Maloon, wrote in a catalogue essay Manifold: Paul Selwood’s sculpture
“….the changes that take place between the original flat plane and the resulting spatial configuration, between the unity of the steel sheet and the multi-facetted sculptural form that arises from it, are far more unpredictable, poetic and aesthetically rewarding than the limited logic of a cut-and- fold technique might seem to warrant.”

Folding is an elementary act, yet it inevitably predicts a style, according to Gilles Deleutz: “in folded forms matter becomes manner. One goes from matter to manner.”

This exhibition surveys a fifty year career with over twenty sculptures and celebrates the artist’s 70th year.