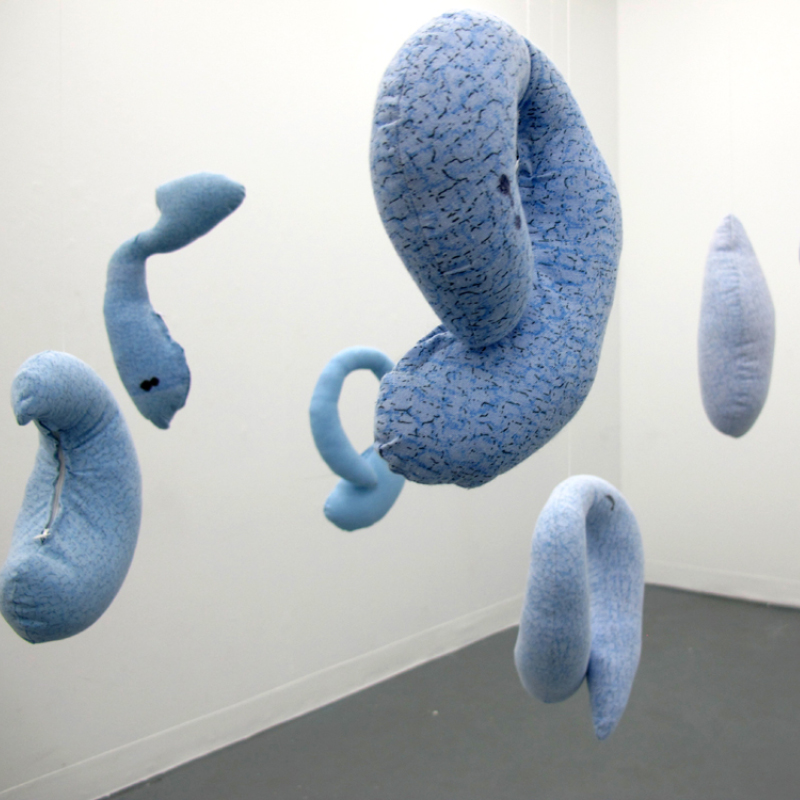 Karike Ashworth’s art practice consists of moving-image works, text-based works, objects and installations – all which question the role of creative practice in sharing, materialising, and exposing private and intimate details.

The artist’s personal life is a persistent theme in her art practice. She responds to, scrutinises and interrogate the things that are considered to be private and socially taboo, and exposes them in public. Giving visibility to hidden things—and hidden truths—the things we don’t talk about very much.

The use of condemned hospital linen, a heavily loaded material, forms the backbone of this body of work, which focuses on the systems, processes and emotions that surround death and dying. Condemned hospital linen refers to any laundry items processed at a hospital that have become unfit for use and are destined for incineration. These works draw a parallel between the condemned linen items and dying hospital patients, flatly implying a shared systematic anonymity and the similarities between the processing and disposal of each.

We begin and we end without beginning and ending: without having a beginning and an end that is ours, but having (or being) them only as others’, and through others. My beginning and my end are precisely what I cannot have as mine, and what no one can have as their own.—Jean-Luc Nancy