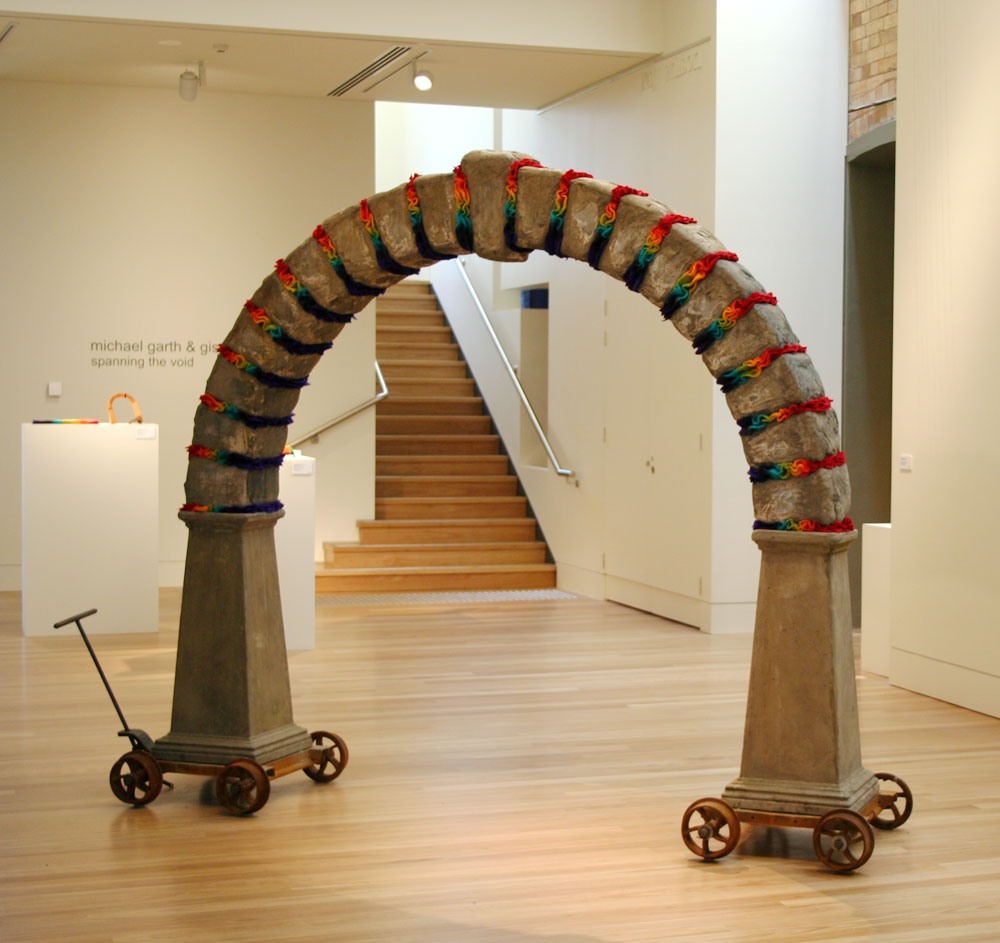 When Giselle and Michael were paired together to make a collaborative work they were initially daunted by the prospect. This apprehension was founded in the fact that their individual work is so different. They both realised they needed to bridge the gap that existed between the different forms and materials they were familiar with, hence the arch. Arches bridge gaps. The strength in the arch is derived from the individual stones contacting its partners to support the one key stone. The key stone is the only stone that holds no allegiance to either side but it is no more important to the structure than any one of the individual stones. If any one stone fails so does the designed purpose. The interaction between the stones is intimate and personal due to there proximity.

As the pair worked and discussed the best way to proceed they realised that the arch is a metaphor for so many things that no matter what message they implied, it would be interpreted differently by all who saw it. During the planning, marquettes and drawings were made to make sure what each other was describing was clearly understood. These objects now tell there own story.