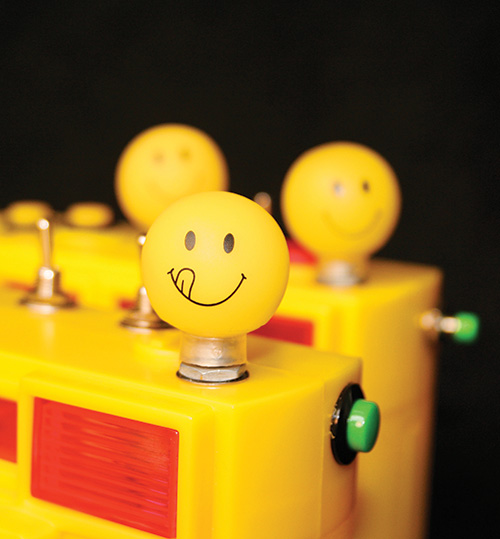 On their website The Modified Toy Orchestra describe their intention: ‘They have been at the forefront of a worldwide underground movement called circuit bending, which involves rescuing children’s electronic toys and converting them into new, strange and wonderfully sophisticated musical instruments. Taking them apart, they find new connections hidden within each toy’s circuit that reveal new sounds, thus exposing the surplus value of redundant technology. Toys are reassembled, including switches and dials with which to control this surplus value. The results of this process can be shockingly beautiful, funny and also extreme.’