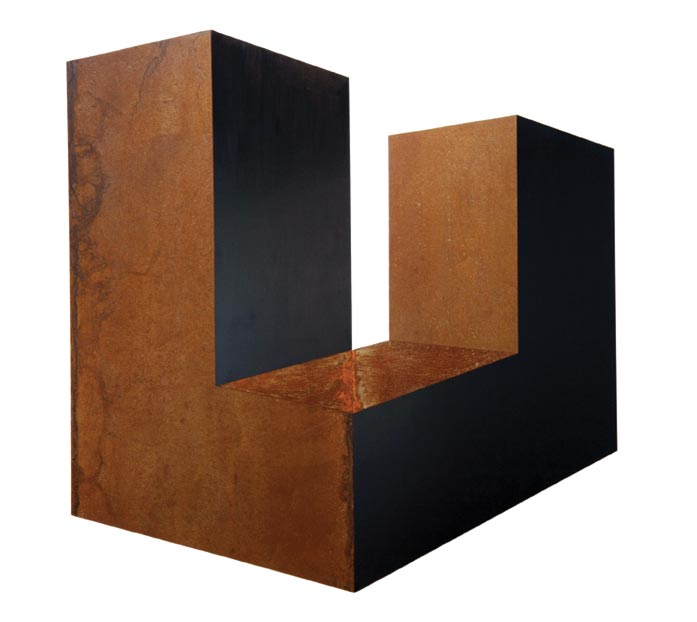 To create the artworks in Perspective Cutouts, Paul left sheets of steel out on the grass of his property so that patterns of damp grass and trails left by insects would be inferred onto the metal’s surface as it rusted. To this, Paul scored the lines of a series of stacked geometric shapes, cut out the exterior overall shape, and then applied matte varnish, gloss varnish, or left other sections plain. The result is the implication of form; the suggestion of shadow upon a three dimensional surface despite its two dimensional reality. The works appear to protrude off the wall, they are imposing and arresting in their stately, dignified silence. The stillness and calm inferred in these works is not of time being arrested, but rather of time having passed. Like wise old buildings which have seen many things, the works in Perspective Cutouts imply experience and wisdom somehow encapsulated in a structure.