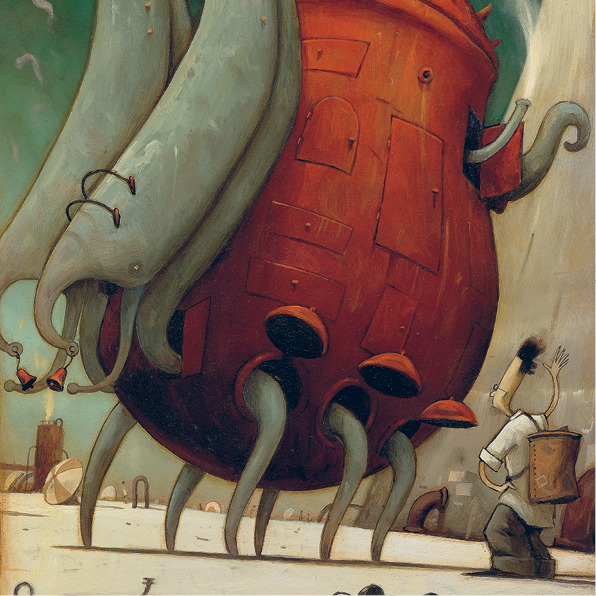 Shaun Tan’s the Lost Thing: From Book to Film

Set in a city overrun by bureaucracy, Shaun Tan’s picture book The Lost Thing  tells the story of a boy who befriends a strange creature that doesn’t appear to fit in any of the available pigeon holes.
Melbourne-based production company Passion Pictures Australia invited Shaun to direct an animated version of The Lost Thing.  Several years later, the Oscar®-winning short film emerged.

This exhibition features Shaun’s exquisite original drawings and working sketches alongside exclusive footage of the animators and sound artists, demonstrating how the drawings were brought to life on screen with movement, sound effects, music and narration.

This exhibition is organised by the Australian Centre for the Moving Image, Melbourne.

The exhibition tour has been assisted by the Australian Government through the Australia Council for the Arts, its arts funding and advisory body.