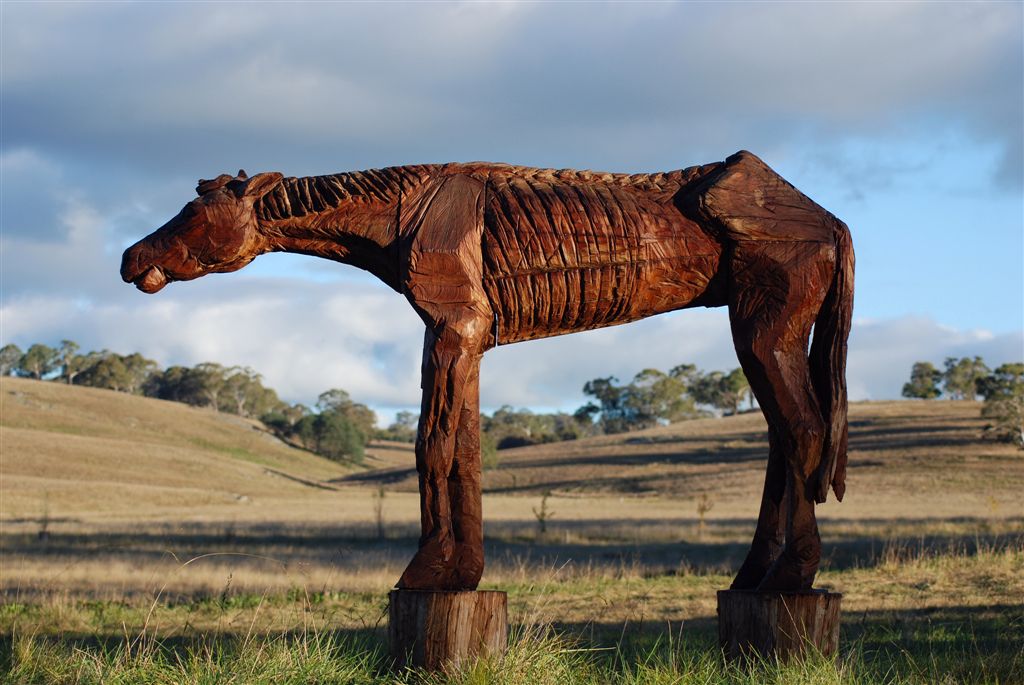 Stephen King is probably best known for his work in Sculpture by the Sea both in Bondi, Sydney and Cottesloe WA, where he has been invited to exhibit for the past 15 years and awarded the main prize in 2013 for his work Fallout.

King studied at Sydney College of the Arts and after graduating moved to London to undertake post graduate studies at St Martin’s School of Arts. Upon his return to Australia in the mid 1980’s he decided to move back to the family property in Walcha, NSW where he continues to live.

King took up the offer made by his father to split up the family property in Walcha giving him 1200 hectares to live and work on. As a farmer King uses the everyday of rural life to give an insight to the industry of working the land. By the late 1980’s his linocuts were questioning how the land is farmed. “The land seems to imprint something on what you are doing.” King states “Australia itself affects what artists do. Living wit­h the land, you are a bit closer to whatever that is”.

King employs humour and storytelling in his work to address the more serious questions about our relationship with the environment. As a grazier King has become interested in genetics and the continuum of life. Moving from carving into lino to using a chainsaw to sculpt logs; the land continues to influence his art. In the home paddock of his property you find numerous large sculptures, one in particular is called Generation Stick, it stands 10 metres high and is made up of life size figures hunched one on the other. It suggests the saga of human existence, the effort of each generation to support the next, of each individual to support another. King has also dealt with impact of climate change. The work Fallout was inspired by the fallout from the Fukushima nuclear disaster with the wooden structure’s concept and construction morphing over a number of years.

These distinctively Australian pieces find their place in rural as well urban settings. Currently he is working on non-figurative constructions which open and close as you move around them and suggest the idea of the infinite rather than the closed and finite shape of the figure.

King has exhibited extensively in commercial and regional galleries within Australia and internationally since 1979. His reputation is supported by the huge body of work produced for the public and private commissions throughout NSW and his representation of Australia at the Inami Wood Carving Symposium in 2007.

This exhibition looks back at 30 years of work and showcases the achievements of an artist who has quietly achieved prominence through commitment and dedication to his practice.