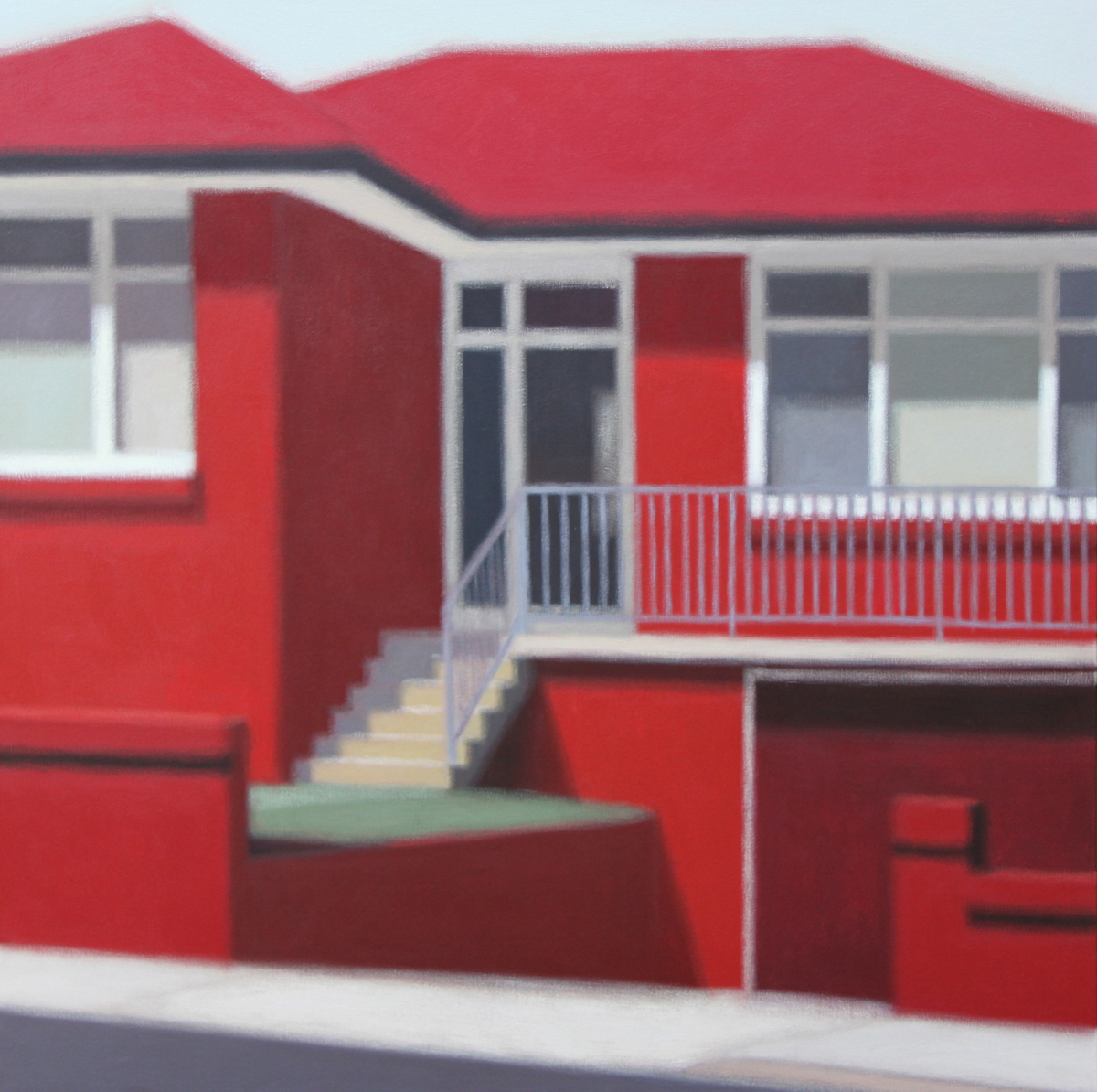 Moving House is a collaborative exhibition between artist couple Peter and Susan O’Doherty combining Susan’s mixed media constructions and Peter’s paintings. The exhibition reflects their respective childhoods living in families that were perpetually on the move. Susan’s father, an officer in the Australian Army and Peter’s, a carpenter/builder.

For decades, Susan has constructed wooden and painted assemblages encasing found objects depicting the various rooms of the house of decades past and present – kitchen, bedroom, bathroom, laundry, sewing room, study etc. and details of elements within these rooms. To convey the sense of scale through a child’s eye, Peter has painted a series of large canvases, images of suburban houses, their facades, driveways and streetscapes reflecting the distinctive suburban architecture of decades past and present.

Susan was born in Brisbane. Her father was redeployed on average, every 12 to 18 months to towns and cities around Australia and briefly to England. Due to the constant dislocation, her mother was rigorous and ruthless in discarding all extraneous family memorabilia and personal effects. She remembers her mother emptying cupboards and wardrobes, separating and sorting clothes and the children’s toys, keeping only the bare essentials to be packed into suitcases and boxes for the next move. It seemed like an eradication of personal history, a perpetual sense of rebuilding an identity.

Peter was born in Auckland, New Zealand and one of his earliest memories is of the family furniture being loaded on to a trailer, by his father, and hauled behind the Vauxhall as his parents relocated for what would be the first of many moves. His restless mother was always searching for a new situation through the opportunity of a block of land and another fresh start. A pattern of living in rented cottages and garage workshops was established while his dad built their latest weatherboard, fibro or brick house.

Due to a financial recession in NZ, his family uprooted itself to Australia when he was ten, settling in Sydney where the moving and rebuilding resumed.

Even though their work practices are very different – Peter being a figurative painter and musician and Susan a painter and assemblage maker, there is a common thread to their aesthetic in terms of feel, composition, colour and subject matter. Their exhibition is about the houses they lived in, relating to memory, identity and transience.