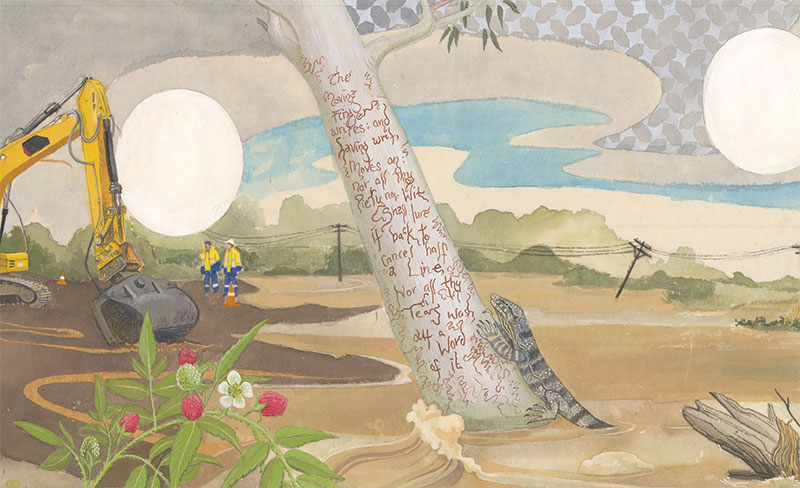 The Moving Finger Paints…
And in doing so visually translates a classic work of British verse into an Australian context using the setting of the Hunter Valley.
The Rubaiyat of Omar Khayyam” was first written in 1859 by British dilettante Edward FitzGerald. The poems are based on an 11th C Persian manuscript  attributed to the astronomer Omar Khayyam. This humble little text rose to great popularity and even now appears in phrases used in the English language: ‘Moon of my delight’, ‘take the Cash in hand’ and ‘Wilderness is Paradise enou’.
The vast majority of past illustrations of the Rubaiyat have depicted romantic views of ancient Persian or other idyllic, invented settings. However the poems themselves remain as relevant to the human condition today as they did in Victorian Britain and 11th C Persia.
In this exhibition modern wildlife illustration is married with the lush manuscript illuminations of medieval europe and Persia. In doing so the artist has created an epicurean indulgence of image celebrating the relevance of FitzGerald’s verse to the here and now