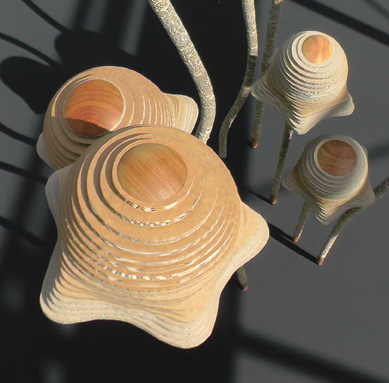 Tracy Luff: Above Below All Around

“The making of these works is caught between states of random and control; it is a timescape that has a synergy with the sedimentary formation of the landscape. They are solid without being bulky, bursting with flight and entering the metaphysical. It is a play captured in the rhythm of the cuts, and cardboard’s variegated fluting scooping light.“

From an essay by Gina Fairley, Arts Writer.