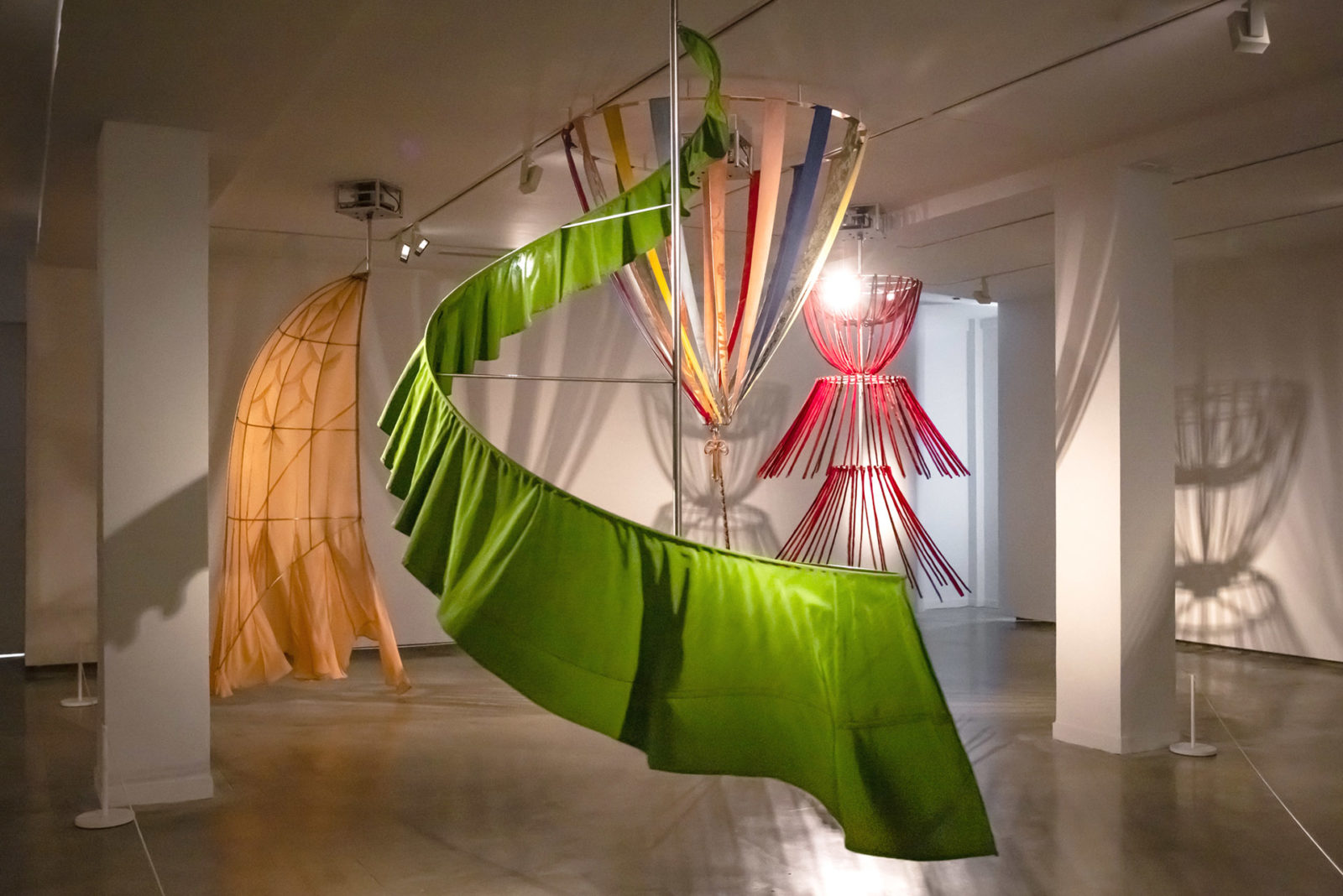 These works highlight the erasure of women from the canon of art history, and ongoing gender inequality more broadly. They consider the recent sexual assault allegations in Australian Parliament, which Gartside explains, ‘…reaffirmed the focus of this work and the urgency to be addressing it here, in my language of cloth…[the works are the] marrying of sensuality, courage and bravura; relentless assertion for change.’