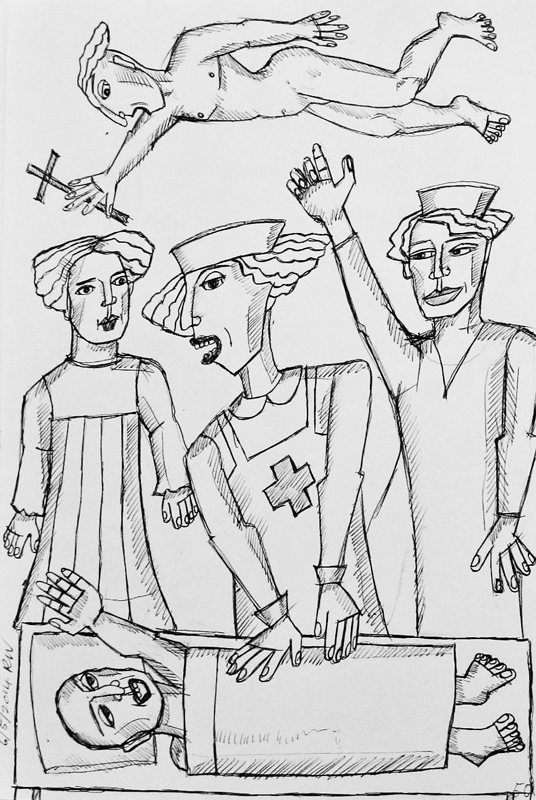 The Hospital exhibition includes a selection of drawings from my visual diary, created during two episodes in hospital 2014 -15. One convalescence lasted seven months, while my broken leg slowly healed. Six months I was confined to bed. My entire life took place in that bed.

Recovery was long and hard work physically, but mentally the most challenging to retain one’s sanity.
Only due to my passion for art, reading and writing did my sanity survive.

I found refuge in my imagination and began to obsessively draw each day – producing over 500 drawings of many different themes, but the hospital experience kept recurring as a prominent subject in my visual diary.
The drawings portray hospital life including bizarre procedures and a myth of a child ghost that haunts the wards at night.
I have experienced many emotions from the hysterically funny to the presence of death and the religious soul savers. A form of madness crept into the drawings – a series of emotionally charged and often confronting works.
“A perpetual intrigue with the mysteries and absurdities of mans’, existence.”
– Robyn Werkhoven © 2016